"Keeping it Real in Real Estate"

Results have not been good for investors in the first half of 2022. While the double digit negative returns for stocks and bonds has been historically bad, there is potentially one asset on your balance sheet still holding up in this bear market — your home. This has a lot of pundits asking if there is also a bubble in the housing market, and if so, when is it going to pop?

The first question is whether or not there is a bubble in the residential housing market. Obviously all real estate is local, but on a national level a case can be made that home appreciation has gotten a bit out of control over the last 2 years. In 2021 home prices in the south increased an astounding 20%, and through the first quarter of this year prices are still up in most places across the country. The primary driver of this growth has been a lack of home inventory. In a typical “healthy” real estate market there is around a 4 to 5 month supply of houses on the market at any given point to satisfy purchasers. Over the last year, that supply has dropped to 1 to 2 months nationally, and in hotter markets like the Raleigh area it almost feels like that supply has been more like 1 to 2 days. Houses going for over the asking price used to be very rare, but over the last year it became the rule instead of the exception. COVID lockdowns and low interest rates created a real estate market that was debatably hotter than what we saw prior to the 2007 bubble. 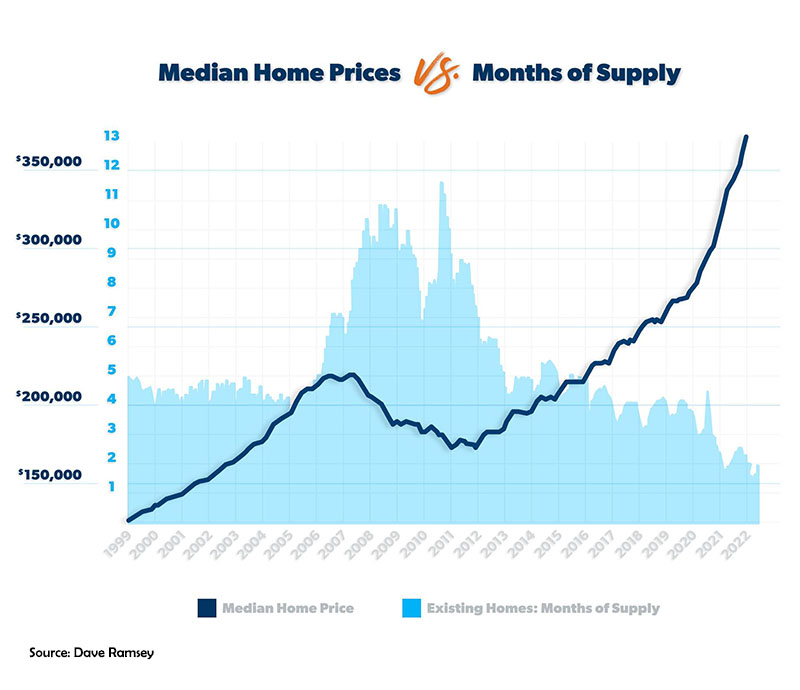 There is one major difference, however, between this real estate boom and the one that proceeded it 15 years ago. Between 2000-2010, inflation averaged 2.4% in the United States. Housing prices were drastically outpacing inflation, and that increase was inevitably unsustainable. Over the last two years we have seen significantly higher inflation, and in some items like gasoline and food we have seen prices double. To some extent you can make the case that home prices are simply keeping up with the price of everything else. If there is a bubble in real estate, are we about to see it pop like we saw in 2007? Our expectations are that prices are more likely to simply plateau at current levels rather than crater across the board. The reason for this plateau is the dramatic increase we saw in mortgage rates over the past 6 months. Towards the end of 2021 the 30 year mortgage rate was around 3%, and it has now doubled to being over 6%. While this is major sticker shock for anyone looking to buy a home, rates are just now getting back to the averages we saw between 2000-2010. 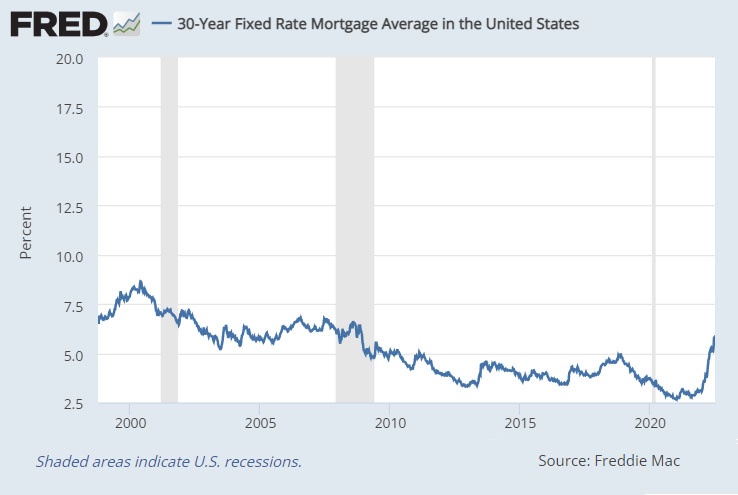 For starter homes under $300k, we expect the market to stay quite healthy going forward. This has been the sector of the market that has been tightest with very little inventory. Additionally, investors have been also gobbling up this section of the market place in all-cash deals, so mortgage rates won’t affect that all cash buyer. As you climb up the valuation ladder in housing, there is a lot of potential for those markets to stagnate over the coming months. Homeowners with 3% mortgages are going to be hesitant to move to a more expensive home with a rate twice as high as they currently have. This could lead to similar behavior seen a decade ago where homeowners were staying in their homes several years longer on average than usual due to their valuations being underwater. Thankfully, better regulations at the banks has led to dramatically higher credit scores for those that took out mortgages the past two years. On average, credit scores have been around 100 points higher during this real estate boom versus the prior one. Thus, it’s much more unlikely that prices crater from here due to the onslaught of foreclosures that tanked the economy back in 2008.